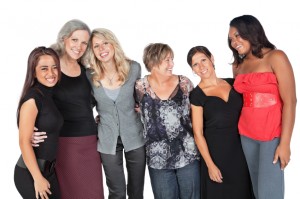 This week marked the celebration of International Women’s Day.   This tradition actually started in the early 1900’s as women marched for the right to vote and for better pay.    A great deal of progress has certainly been made for women since then.    In my lifetime, I can recall life before the women’s movement of the 1970’s.   It wasn’t that long ago when jobs were classified as “help wanted male” and “help wanted female” with the female jobs often those with low pay and little chance of advancement.

While things have improved, so much still needs to be done.   In many countries, women are treated very poorly with little equality with men.    Even here in the United States, while jobs can no longer be classified as “male” or “female”, a glass ceiling exists in many companies making it very difficult for women to reach the highest positions.    I have heard comments that women need to work three times as hard as a man in order to be considered for promotion, and this is sadly often true.

I am so amazed by the women that walk in the door at the Moonflower Yoga studio in Bellmore, Long Island.    These women come from all walks of life.   They are mothers, grandmothers, and daughters.    Many are in demanding full-time positions working outside the home.   But their responsibilities do not end when they come home, as they also take care of children, elderly parents, and handle other domestic responsibilities.

All this juggling and multi-tasking can take its toll.    It creates a great deal of stress.   Stress is not a good thing and is linked to so many diseases for women, including the number one killer of women: heart disease.

Take some time for yourself.    I often think about the message from the flight attendant before a flight begins advising what to do in case of an emergency.    An air mask will drop from the ceiling.   The attendant advises to place the mask on yourself first and then place it on a child traveling with you.   Why?  Because if you don’t take care of yourself, you cannot take care of others.   Giving yourself an hour to de-stress and unwind in a great yoga class can help you feel much better.    If you are in the area of Bellmore in Nassau County, Long Island, New York, come and try a restorative yoga class or one of the other de-stressing yoga classes offered at Moonflower Yoga to make you feel better.

There has also been much attention in the news this past week on women becoming entrepreneurs.   I am proud to now be one of these.    After many years in corporate America, I decided to leave corporate life behind and forge ahead with something I truly love:  yoga.    In creating Moonflower Yoga, I wanted to have a place where people of all ages and experience levels can come and have a great yoga experience.   I am also proud that a community is building at Moonflower Yoga of women who enjoy practicing together, having some fun, sharing their life experiences, and de-stressing.     I am truly blessed to have these women at Moonflower Yoga.     I salute these amazing women and women everywhere.