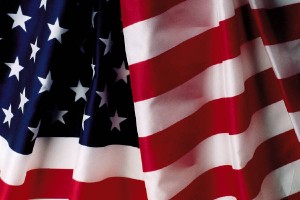 I wrote this special blog two years ago on the anniversary of 9/11.    Like so many other people, it is a day that I will never forget.    Here is my 9/11 blog which pays tribute to those who lost their lives on that September morning.    May they rest in peace.    And here is praying that we can live in peace rather than in senseless destruction.

12 years ago on the morning of September 11th, I remember my husband and I waking to a beautiful September morning.  The weather was absolutely perfect, and we remarked that it was probably one of the 10 best days of the year.    We both worked in Manhattan at that time and headed to work from Long Island and arrived in our respective office buildings shortly before 8 AM.   The office buildings had beautiful views of Manhattan including the World Trade Center.     Little did we know that in a few short minutes so many lives would change forever.

When we heard about the first plane crashing into the World Trade Center, like so many others, we thought this must be an accident.   Sadly, as events unfolded, we realized it wasn’t an accident.    From our office buildings, we could see the World Trade Center on fire.     I remember being filled with shock and horror.     Just like me, so many innocent people had gone to work that day, but in a different office address, and they were now dying or trapped in the towers.

As no one knew what might happen next, every office building in Manhattan was evacuated and all the public transportation in/out of Manhattan was closed.   This resulted in millions of people emptying on to the streets of Manhattan.      What happened next made me even prouder to be a New Yorker.    There were no riots despite huge crowds.   Instead we cried in the streets together and consoled and helped each other watching the smoke from lower Manhattan and praying for those who were in the buildings.

One lesson that I learned from 9/11 was to live more in the present.  Sadly we never know what will happen to us when we begin our morning.    So we must make the most of each day.    Don’t put off doing something that you’ve always wanted to do.   It could be a simple thing such as spending more time with your family or it could be something bigger such as taking that special trip somewhere.     After 9/11, I organized a trip to Disney World with my family because I wanted to create a happy memory.